Saint Patrick was born in Roman Britain (Scottish descent), which is now part of England, around the year 387 AD. He died on March 17th, 461 AD. At the age of 16, he was kidnapped by Irish raiders and brought to Ireland as a slave. After 6 years of slavery, he escaped and ran back to Britain. When he returned home, where he reunited with his family and joined the clergy.

In 432, he came back to Ireland as a missionary to spread Christianity. He served as a bishop in Ireland and is one of the patron saints of Ireland. A patron saint is a saint who is venerated and invoked as a special protector or guardian. He is credited with miraculously banishing all the snakes from Ireland into the sea. He used the three-leafed shamrock to explain the concept of the Holy Trinity to the Irish. This is why the shamrock is so closely associated with Saint Patrick's Day. 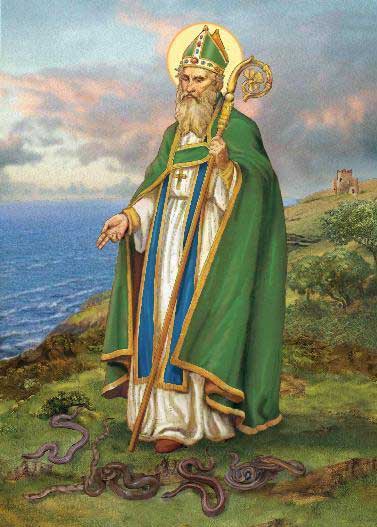 Whether you are Irish or not, St. Patrick's day is a fun holiday. It's a great opportunity to wear green and have some fun with friends and family. If you're looking for something to do, why not check out your nearest St. Patrick's day parade. There are usually many events happening in cities and towns around the world, so there is definitely something happening close to you.

Have a great St. Patrick's day!